An introduction to how black-african people should pray

A useless, degrading and dangerous prayer is a prayer that the Negro-African addresses to a God who has not been revealed by his Ancestors, as well as to Ancestors and tutelary Geniuses of other peoples. Also the Negro-African and the Negro-African, followers of the Jewish, Christian or Muslim religions, they waste precious time in praying indiscriminately. Daily, they sing the praises of a foreign God and borrowed ancestors so contemptuous of their people that they have rewritten the history of humanity to the exclusive detriment of the latter. The Ternary God and his chosen peoples, Semitic and Indo-European, therefore continue to keep their distance from the black people, both on earth and in the hereafter. It is high time for the Negro-African and her brother of millions of years to break, here and now, forever and ever, with such an attitude of self-negation; even self-destruction. 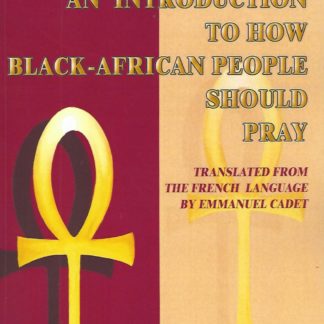